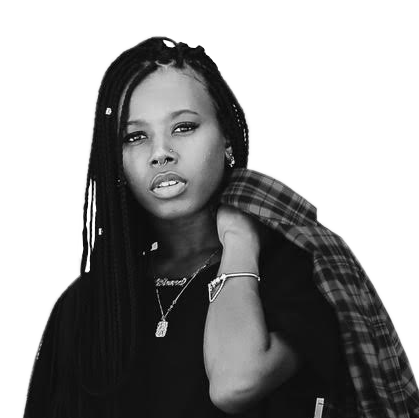 Bianca Brewton is a force to be reckoned with.  Dancer and performer extraordinaire, this Miami Florida born and raised dancer took the industry by storm and hasn’t stopped.  In 2008 Bianca found her way to Los Angeles, competing on America's Best Dance Crew as a member of the vibrant dance group, Live In Color.

Her career catapulted from there and she became one of the industries most sought after dancers. From World Tours with artists such as Beyoncé, Justin Bieber, Christina Aguilera, Miley Cyrus and Janet Jackson, to name a few, to being featured in movies like Step Up Revolution and Step Up All In, Bianca has done it and can do it all.

She has been a part of all things Beyonce since 2016 including Beyoncé’s powerful 2016 Super Bowl performance, her iconic Beychella performance, Lemonade and beyond.  She has performed on numerous awards shows with a variety of artists like Nicki Minaj, Usher, Pharrell to name just a few.  She has done not one, but two Super Bowl half time performances, 2019 right beside Shakira, and most recently embarked on her first acting role as Bobsy, of the twin sisters Mopsy and Bopsy, in the HBO series Love Craft Country.

Her resume is a reflection of her extensive and diverse training. She got her start dancing at Edwin Holland School of Dance in Miami at the age of five. She continued her training at the African Heritage Cultural Arts Center underneath the direction Shannon Haynes, and other great artists and then rounding out her education at the prestigious New World School of the Arts. From ballet, contemporary, Hip Hop to African dance, Bianca’s dance vocabulary is vast.

To know Bianca Brewton is to know and appreciate her full out energy and performance and that she is always repping her Florida roots through her dance.  She has recently launched her own dance program called Ride 305 representing for the Florida Ride Out dance culture, formerly known as “Booty Shakin’”  that she is eager to spread and share its fun and high energy movement with the world.