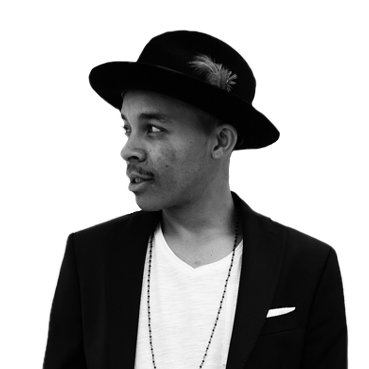 Born and raised on the Southside of Chicago, King Charles discovered footworkin' at the age of 14. When Charles turned 15 he decided to pursue the style and the culture full out. He and 3 of his neighborhood friends made a footwork group of their own to represent on the Juke scene in local areas like, 'Markham Skating Rink'. They called this group, 'Creative' but a little while after their first appearance, a more well-known group made a 'diss record' on Creative but accidentally pronounced their name wrong on the track and called them 'Creation'.

To most people, that situation would be unfortunate. But Charles and his teammates used their creativity to keep the name that foot workers dissed them with and blew it up. Becoming one of the most well-known and respected footwork groups of all time. Fourteen years later, they stand strong and consistent, quadrupling in numbers stretching out to Los Angeles, Japan, Atlanta, Poland, and Taiwan in hopes of spreading to many more. King Charles has worked with many top artists including Madonna and Will.I.Am. He continues to show the world why he is one-of-a-kind and blows audiences away with his energy and creativity. King Charles is also a skilled rapper/MC.